At the iPhone 8 launch event, Apple made the fans wait a little before taking the covers off its new smartphones – iPhone X, iPhone 8, and iPhone 8 Plus. While the flagship had to wait a while – as executives took the stage one after the other to introduce the Apple Watch Series 3 and Apple TV 4K – the iPhone 8 and iPhone 8 Plus were introduced first. The ‘One More Thing’ this time was iPhone X without bezels above and below the display, and with Face ID facial recognition technology that replaces the Touch ID fingerprint sensor on the new Apple flagship. Other key features to look forward to wireless charging, water- and dust-resistant body, animoji (animated emojis), portrait mode on both front and rear cameras. 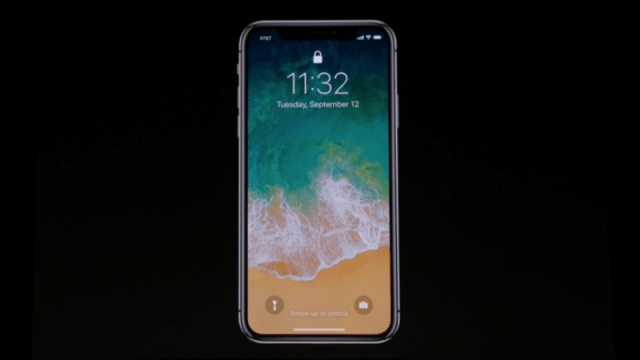 iPhone X price starts at $999 for the variant, and storage options are 64GB and 256GB. Pre-orders for the model will start on October 27, and shipping will begin on November 3. There is no word on the iPhone X price in India and release date are yet to be announced.

The successors to iPhone 7 and iPhone 7 Plus run on the new A11 Bionic chip that the company says has two performance cores (25 percent than last year’s A10), and four high-efficiency cores (70 percent faster than A10). Augmented Reality (AR) is a crucial part of the new iPhone 8 models, as will be the spatial audio feature – this will increase the volume when you get closer to the iPhone. Wireless charging for iPhone 8 and iPhone 8 Plus, based on Qi standard, is finally a reality after years of rumours. 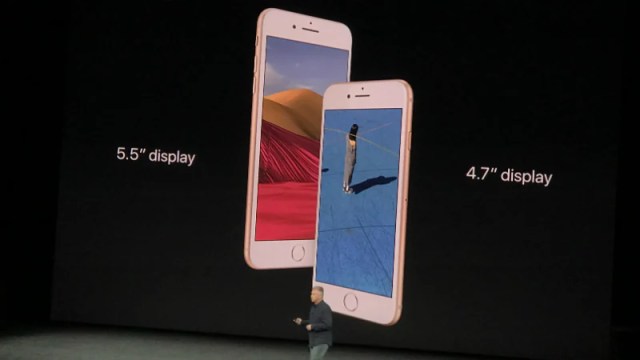 iPhone 8 and iPhone 8 Plus have been unveiled, with a faster chip and better cameras

iPhone 8 and iPhone 8 Plus camera

The iPhone 8 Plus retains the dual camera setup, but with two 12-megapixel sensors with f/1.8 aperture for the primary RGB sensor and f/2.8 aperture for the telephoto sensor. The iPhone 8 Plus camera has a new beta Portrait mode that adds lighting effects that, the company says, would normally require a proper studio lighting feature. As for video capturing, the phone can shoots 4K videos at 60fps, 1080p videos at 240fps. 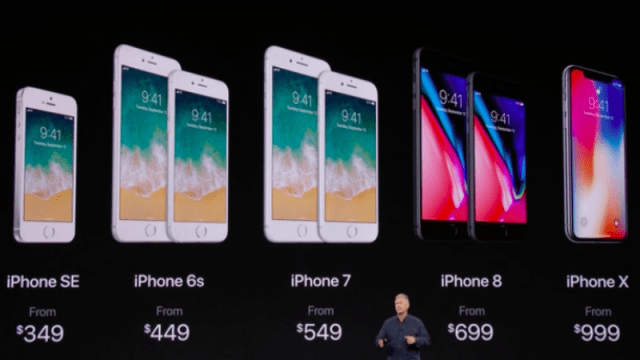 First up at the event was the Apple Watch Series 3 that comes with LTE support, ending the dependence of the wearable on the paired iPhone. Users will be able to get notifications, calls, messages etc. even when you are not near your phone. Moreover, it can pair with AirPods, allowing users to listen to the Apple Music collection on the go without involving the iPhone. It also has Siri too, allowing users to communicate with the Apple Watch independent of the phone. The Apple Watch Series 3 models are also available without cellular data as well. Some of the other features of the new Apple wearable are GPS, water-resistant design, W2 wireless chip, 70 percent faster dual-core processor, all-day battery life, and barometric altimeter. 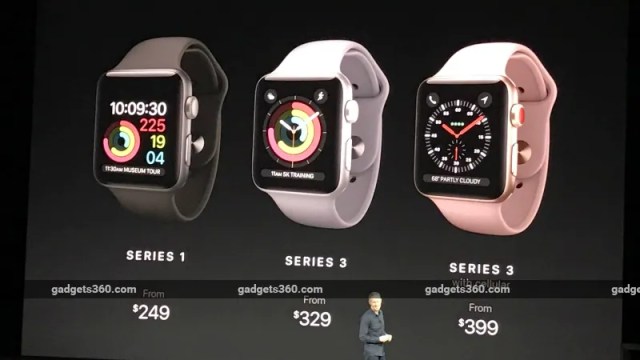 Next came the Apple TV 4K that now supports 4K, HDR 10 and Dolby Vision support. The new Apple TV model packs the new 10.5-inch iPad Pro’s A10X processor, and 4K movies will be available at the same as HD ones. Buyers will get 4K HDR titles from Netflix and Amazon Prime Video, and Apple is adding live sports and news streaming to the new model soon. Users will get notifications about games and their favourite sports teams. The live streaming features will be available in the US for now, and will come to eight others countries later via the TV app. Talking about the Apple TV 4K price in India, the 32GB variant is priced at Rs. 15,900 and 64GB at Rs. 17,900. 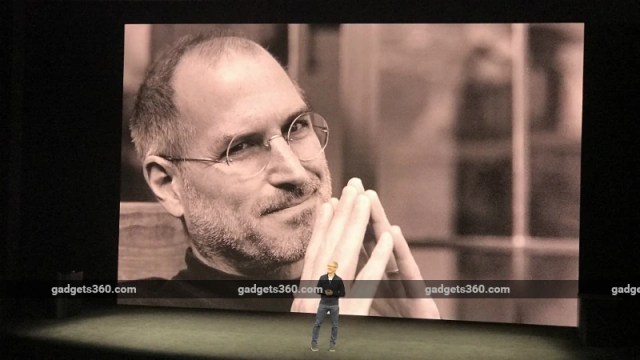 But it is the iPhone X that everyone will be on top of everyone’s mind, with its bezel-less design and facial recognition, among other features. If trends from previous years’ iPhone events are anything to go by, we can also expect potshots at the state of Android updates as well.

iPhone X, iPhone 8, iPhone 8 Plus, and What Else You Can Expect From Apple’s September 12 Event

As mentioned above, the two biggest features of the iPhone X will be the bezel-less design and facial recognition authentic system called Fae ID that is said to replace the Touch ID fingerprint sensor on the new model. Also expected to launch are wireless charging, OLED display panel, animoji or animated emojis, and more camera options for portraits shots. With so much already out, everyone is hoping for something that hasn’t reached the rumour mill so that the ‘One More Thing’ element of surprise is still left. If you are an optimistic gamer, you could perhaps hope for a surprise appearance from Nintendo on stage at the Apple event. As for the iPhone X price, it is widely expected to touch the $1,000 mark, while the iPhone X price in India is said to top Rs. 1 lakh.