Samsung Mobile President DJ Koh has taken the stage, kicking off Samsung’s Galaxy Unpacked 2017 event. With the new Samsung Galaxy Note 8 in hand, he said large screen phones is the fastest-growing  segment in the smartphone market. Going by the design, the Galaxy Note 8 is quite similar to the Galaxy S8 and Galaxy S8+, the phones that helped the company redeem itself after the Galaxy Note 7 fiasco. The new smartphone has a 6.3-inch QHD screen, the largest screen on a Galaxy Note phone.

Suzanne De Silva, Director of Product Strategy at Samsung, took the stage to talk about the Gsalaxy Note 8’s dual camera. The two 12-megapixel cameras on the back – a Dual Pixel primary wide-angel sensor with f/1.7 aperture and OIS, and a secondary telephoto lens with f/1.4 aperture and OIS. The two are complemented by an 8-megapixel autofocus front camera with f/1.7 aperture. New photo-taking features of the Galaxy Note 8s are Live Focus, and Dual Capture, among others. 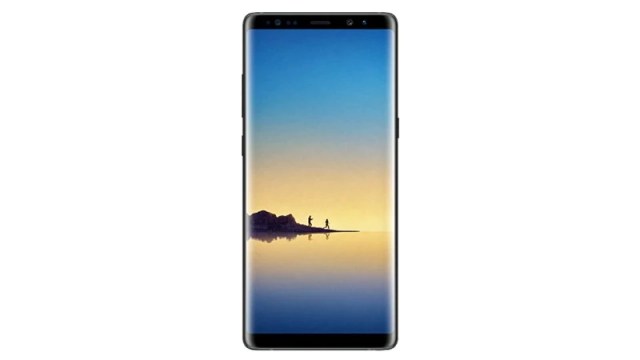 Coming to the Galaxy Note series signature accessory, the S Pen has a finer tip, better pressure sensitivity, and features such as animated texts and GIFs. It can even translate full-length sentences in 71 languages, and can convert units and foreign currencies swiftly. As for the Samsung Galaxy Note you get 64/ 128/ 256GB storage options with microSD card support, 6GB RAM, Android 7.1.1 Nougat software, 3300mAh battery, water-resistant body, and octa-core processor in two configurations.

As far as the Samsung Galaxy Note 8’s price and availability are concerned, leaks suggest that the smartphone is expected to cost around EUR 1000 (roughly Rs. 75,400) in Europe. It’s expected to be available from September 2017. Of course, we’d advise everyone to take this information with a pinch of salt as there’s nothing official about it just yet.

You May Have Missed

Job market continues to bounce back from the pandemic

Deskless workers have seen their jobs change since the pandemic began